Researchers in New York have investigated the mechanism of action of extracellular vesicles, also called exosomes, secreted by mesenchymal stem cells (MSC). Their research highlights that MSC-derived exosomes involved in cardiac regeneration act by: an increase in angiogenesis; an anti-apoptotic effect on cardiomyocytes; cell proliferation; and a decrease of collagen production by cardiac fibroblasts.

Extracellular vesicles are released by almost all cell types and allow cells to communicate with each other through the delivery of genetic material (protein, microRNA (miRNA), complementary DNA and lipids). Cells modulate their behaviour depending upon the material that they receive from these exosomes.

Exosomes derived from MSCs have attracted great interest due to their reported regeneration properties. It is well accepted that MSCs’ role in regeneration is due to the exosomes that they secrete. Indeed, extracellular vesicles have shown healing behaviour in multiple conditions: inflammatory diseases, cardiac issues, neurological disorders and liver fibrosis. Because the exosome field is novel, however, the mechanisms by which they trigger those healing processes are not clearly identified yet.

Juliane Nguyen and her team at the University at Buffaloinvestigated the content of exosomes produced by MSCs to explain their therapeutic benefits. They modified the exosomes to highly express some miRNA and thus increase the target range of the exosomes.

They found 23 miRNA that were expressed at a significant level. Those 23 miRNA are postulated to affect 5481 genes, which are involved mainly in cardiovascular development, pathways related to cell death and growth, angiogenesis and fibrosis.

Angiogenesis is the formation of new blood vessels. It is a requirement for tissue healing, since cells at the site of injury – like all cells in the body – require nutrients, oxygen and waste removal, functions all performed by blood vessels.

Fibrosis is the formation of excessive connective tissue, which results in scar tissue without properties appropriate to the tissue. By down-regulating pathways involved in fibrosis – specifically, molecules involved in the extracellular matrix layer that supports cells – these exosomes have been shown to reduce the rate of fibrosis.

Apoptosis is a mechanism that cells use to program their death (when they are too stressed, for example). The team observed in vitro that, although MSC exosomes were able to decrease cardiomyocyte apoptosis, they didn’t show any ability to increase their proliferation.

The researchers further enriched the exosomes by inserting miRNA into the cells that produce them. They chose the miRNAs to insert according to two criteria: bioinformatics analysis that predicted miRNA gene targets related to cellular proliferation and angiogenesis; the miRNAs had different target genes to those identified previously.

Exosomes were modified with miR199a, which has been proved, in silico and in vitro, to trigger 22 genes involved in cell cycle regulation, cell proliferation and cell death, increased cardiomyocyte proliferation and inhibited cardiomyocyte apoptosis. The researchers also used miR-130a-3p to enrich MSC exosomes. This miRNA targets a gene that, when down-regulated, induces angiogenesis, which was predicted by in silico results and confirmed in vitro.

This research helps investigators understand how MSC exosomes function so they can more easily predict the outcomes of further studies. This work also shows that modification of exosome by incorporation of miRNA into the producing cell is feasible and allows the design of exosomes tailored to particular requirements.

Salome Guillaumin is a PhD student contributor to medicalphysicsweb, working in the field of scaffold for delivery of mesenchymal stem cells for tendon tissue engineering at the National University of Ireland, Galway (NUIG). She is interested in regenerative medicine, biotechnologies and nanomedicine. 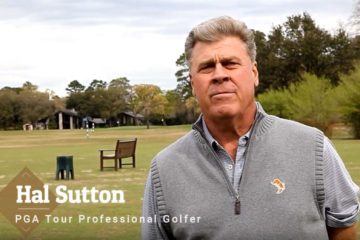